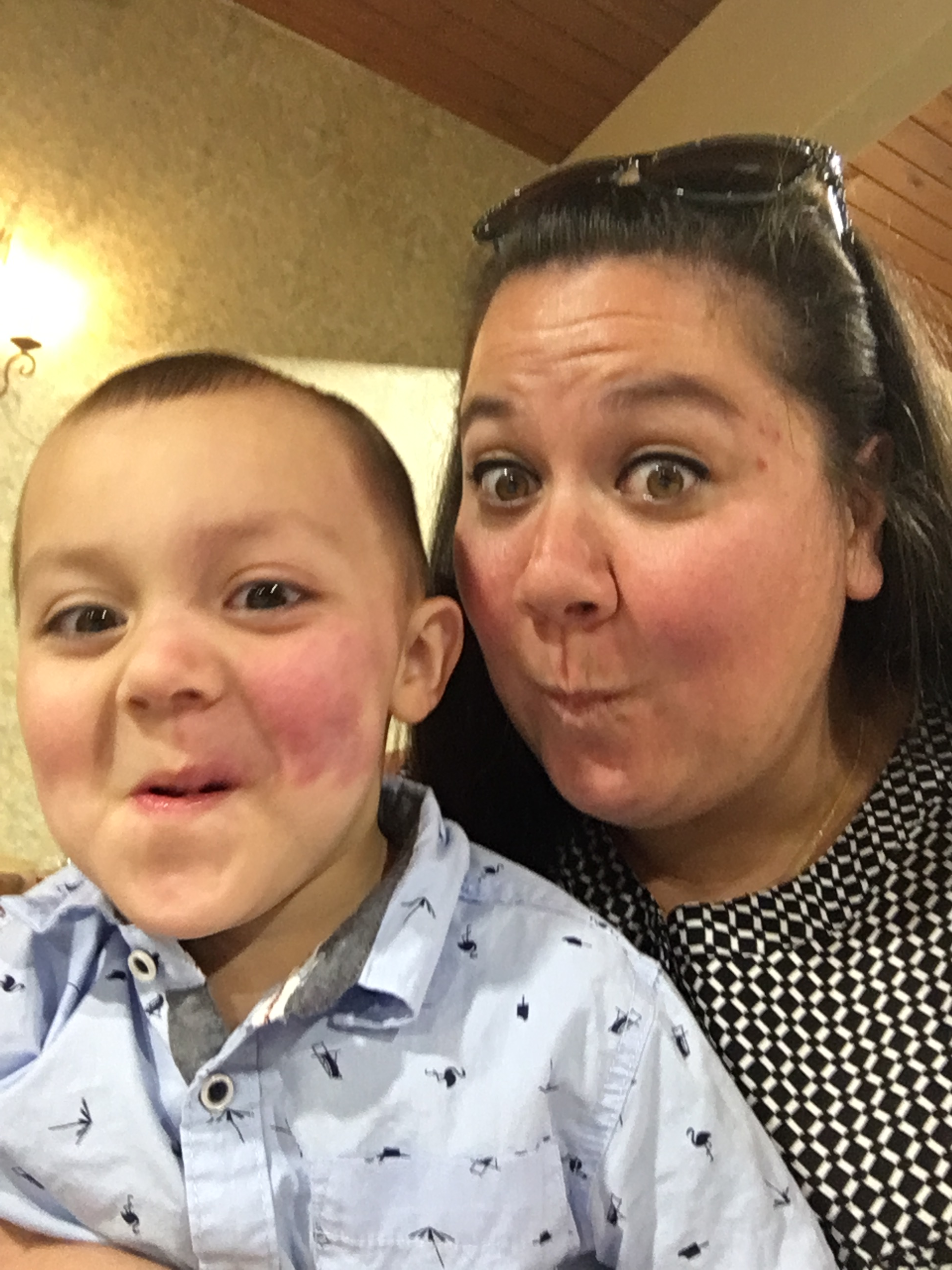 When Gavyn was first born, the pediatrician at the hospital told my husband and me that the redness on his face and head wasn’t bruising from the delivery, but was a Port-Wine Stain Birthmark. She gave us a quick overview but wanted to wait to talk to his normal pediatrician and go from there. That evening we did our own research and learned that every birthmark is individually unique, just like the person who is born with it.

Some birthmarks are small, some are large; some can be dark, some can be light. Depending on where the birthmark is, it can cause other medical issues. One main medical concern with Gavyn’s birthmark, since part of it is over his eye, is that he can develop glaucoma. We see an ophthalmologist every year to be proactive regarding this concern.

In March 2016 Gavyn had his first laser treatment. Both my husband and I were nervous wrecks the whole 20 minutes he was having the procedure done. Over the course of the rest of the year, Gavyn underwent five more treatments. Each one was easier than the last, except the final one. He was 18 months old at that point, and I think by then he became more aware of what was going on. We were happy with the results and came to the conclusion that if he wants to have more laser treatments in the future, it would be up to him.