My name is Andrew Jenkins I’m from Gloucestershire, UK. And I’ve had a port-wine stain on my right cheek since I was born. It was looked at regularly until I was nine-years-old by a plastic surgeon at Gloucester Royal Hospital called Clive Reid. He intended to do a skin graft on my birthmark but decided against it because of the position, and we decided to put my name forward for laser treatment – if any local hospitals obtained a laser machine, I would be placed on the list to be seen. 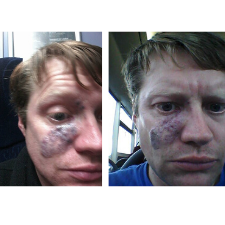 In November 1992, I received a letter from a Mr. J M Kenealy at Bristol’s Frenchay Hospital offering me laser treatment and giving me a summary of what would happen. I had a test patch done on my left arm and after having no adverse reactions, we decided to go ahead with the treatment. The laser heats up the blood vessels which are close to the skin and causes them to shut themselves down and create new ones deeper in the skin.

I first started having treatment at the laser center of the south-west in bristol UK, for an initial 12 year period. Each treatment can last up to an hour and I go back every eight-ten weeks. A clinical research fellow asks me if there was any scarring or scabbing after the last treatment before going ahead with the next treatment. The treatment involves about 10-15 blasts of the laser every 30 seconds and a cooling gel is applied afterward. 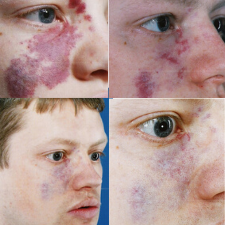 They now have a new laser machine that can penetrate deeper into the skin than the previous one and I will be one of the first patients to be treated with it. The previous laser machines have left me with hypo-pigmentation – a lightening of the skin cells – so I have to wait a year for the skin cells to repair themselves before any more treatment can be done.

I stopped having treatment in 2002 and restarted again in 2015, after a 13-year break as it had started to darken again. I went to see my doctor and asked for a referral to the laser center to see if I can have some move treatment. I was allowed an initial 6 treatments over 2 years and a possible 2 maintenance over 2 years.

I now only have a small area of my birthmark left, and hopefully, all or most of it will be removed within the next few years. This is why I’m not worried about the bit near my eye – it can be left as a memento of the pain and suffering that I had to go through. Hopefully, I’ll be able to go out and not have strangers stare at me or tease me.

I feel much better in myself and I have more confidence in myself to do and try new and exciting things. 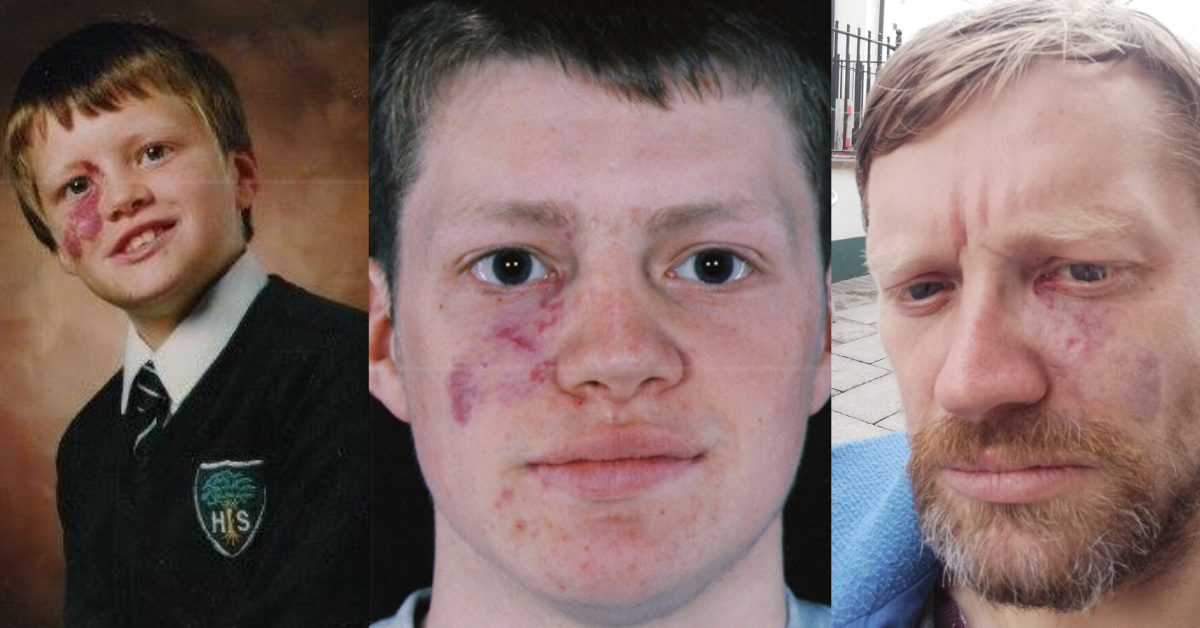 We are so grateful to Andrew for updating his Story with VBF for our VBF Month of Awareness this May.