Lymphatic Malformations (LM) and Associated Anomalies: Frequently Asked Questions booklet is here! Click the image below to download a free copy of the booklet. 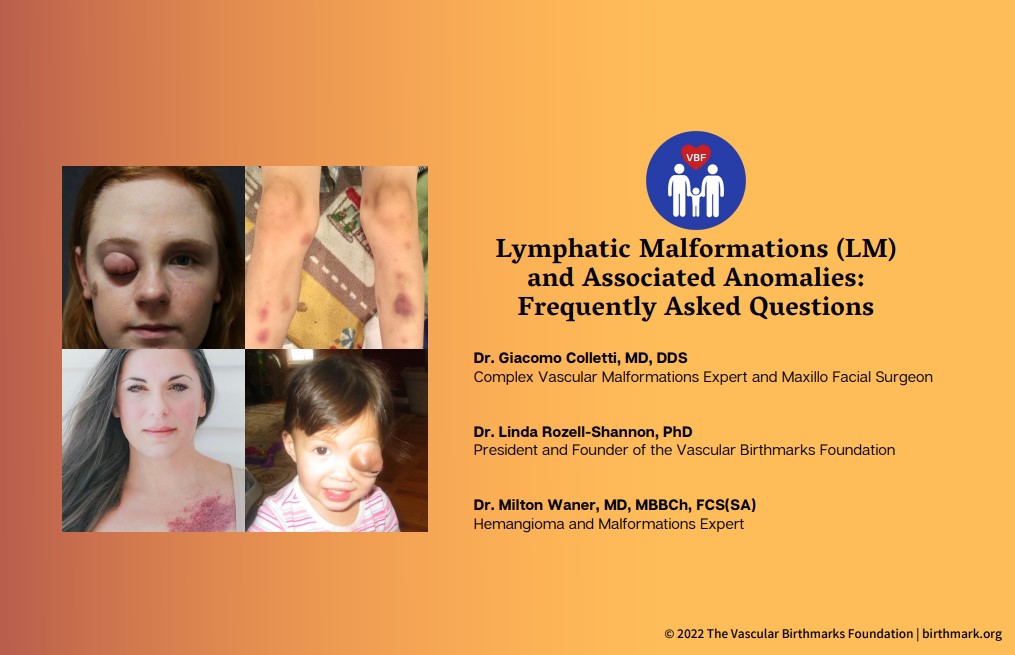 What is a lymphatic malformation?

The lymphatics serve as a collection and transfer system for tissue fluids. When something disturbs this system, a lymphatic malformation is formed. The excess fluid accumulates and the affected lymphatic vessels enlarge and you see a mass. If the lymph vessels in the face are affected, the face swells because the normal active transport mechanism has been disturbed. These lesions have the following characteristics:

The lymphatics collect excess fluid from the tissues and transport it through a series of small vessels back into the venous system.  With lymphatic malformations, the transfer of this fluid through these vessels is slowed by an unknown process.  The excess fluid accumulates within these vessels and dilates them, resulting in a swelling of the affected area.  For example, if the lymph vessels within a particular area of the face are affected, that side of the face will swell up because the normal active transport process has been disrupted, and the malformation results.

What are the types of Lymphatic Malformations?

As with all other vascular lesions, lymphatic malformations may be superficial or deep, localized or diffused.  Superficial lesions in the mucous membrane of the mouth are small fluid filled vesicles, sometimes referred to as “frog’s eggs” (see picture at right).  Superficial lesions on the skin are small, fluid-filled vesicles.  Medical texts refer to them as lymphangioma circumscriptum.  It’s important to remember that these vesicles are usually connected to much larger, deeper cystic spaces.  Destroying only the superficial vesicles, without any treatment of the underlying malformation, will result in a recurrence. 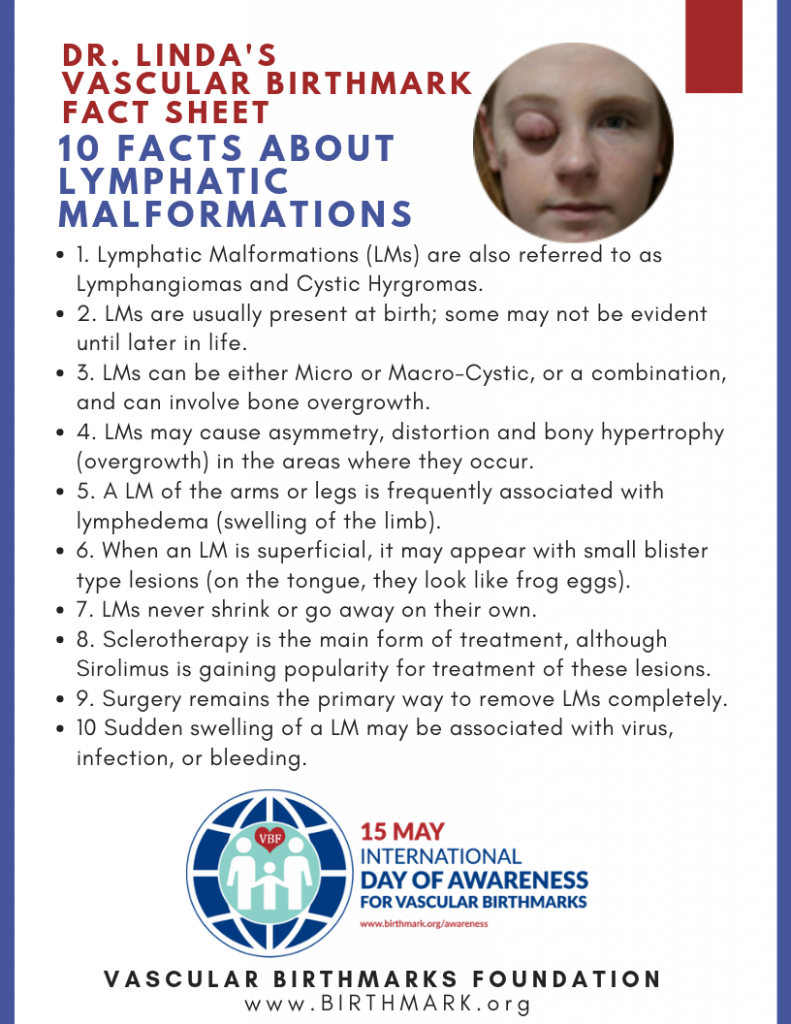 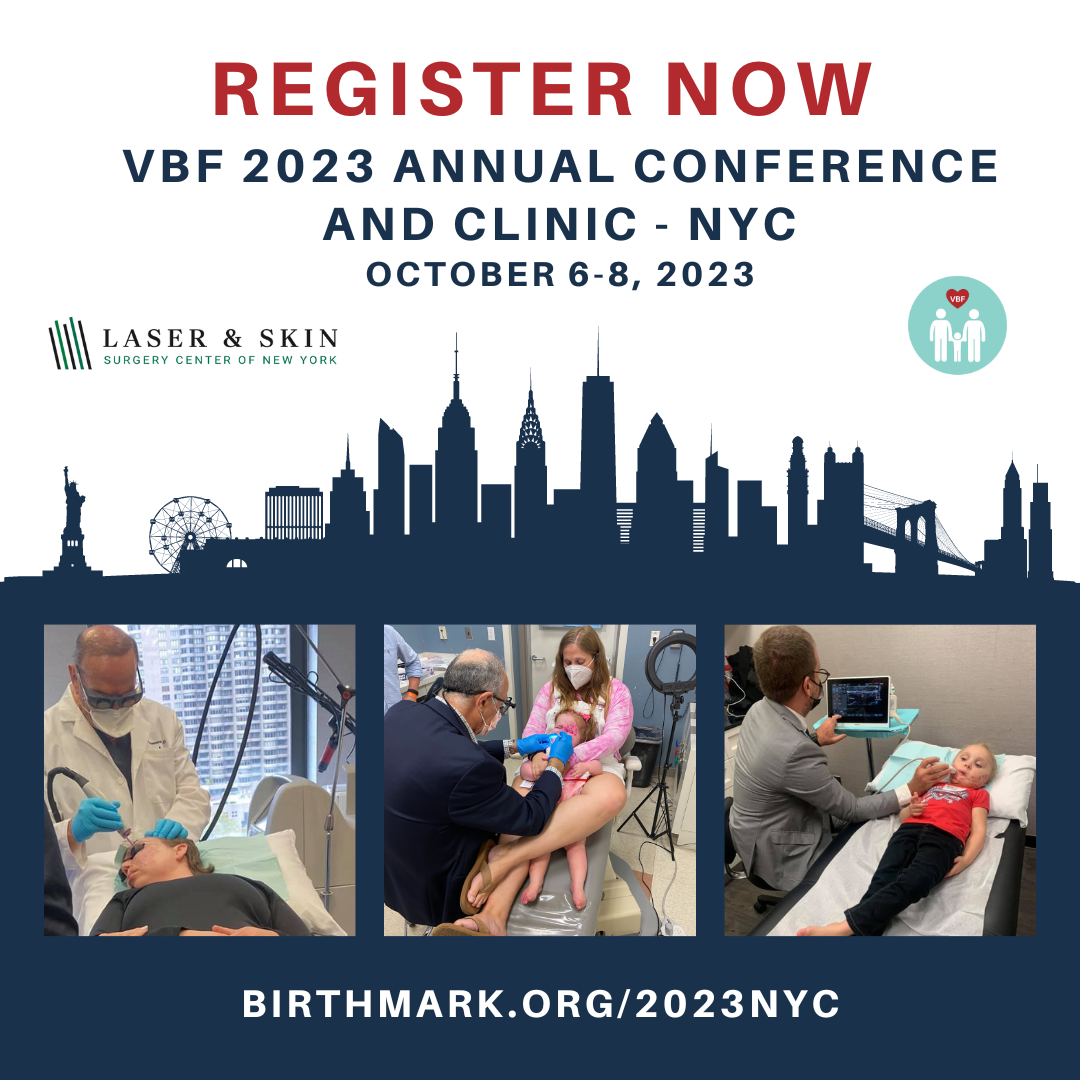