Dr. Linda Rozell-Shannon: The Founder and President of VBF Tells Her Personal Story

In 1994 I gave birth to my daughter, Christine. This was the first miracle that would happen as a result of her birth. I was told in 1979 that I would never conceive a child due to a lack of estrogen. This was devastating to me. I loved children. Because I longed to be a mother, in 1985, I became a licensed foster parent in New York State. Little did I know that God had other, bigger plans for me. I conceived Christine in 1993, without any medical intervention. The doctor would not admit it was a miracle, he just said “sometimes these things happen.” I knew it was a miracle, and I gave God all the glory.

Six weeks after Christine was born, around mid March of 1994, I noticed a blister-type lesion on her lower lip. I took her to the pediatrician and he said it was a hemangioma. He said it would go away by the time she was two, and not to worry about it. As each week went by, the lesion doubled and tripled in size. I found out about a dermatologist in my area that knew about hemangiomas, so I took Christine to see him when she was 3 months old. He took pictures of her hemangioma, as it grew, every 4 weeks; yet offered no treatment options. By the time she was 7 months old, the lesion was the size of a golf ball. Her lower lip hung open and the hemangioma began migrating toward her chin. Then, someone from work told me about an expert in Boston. Christine was 7 ½ months old when I took her to see him. He said I should have gotten her there sooner so she could be treated with steroids. I was devastated to find out that there were treatment options and a window of opportunity in which the steroids would be effective, and I had missed that window. I asked him why the pediatrician didn’t tell me about this. He said that vascular birthmarks remain the most misunderstood anomaly in the medical field. He said there were only a few doctors who could accurately diagnose and appropriately treat these lesions. He put Christine on steroids, but they didn’t work – it was too late. Her only options were multiple surgeries, or nothing. The “nothing” option was not an option to me.

The night we returned home from Boston, I got on my knees and prayed. I made a deal with God. I promised Him that if He would help me find a doctor who would make my daughter look normal, I would dedicate my life to helping parents affected by vascular birthmarks. During the night I had a dream. In the dream, God told me that I was going to start a foundation, write a book and raise a million dollars – all for the cause of vascular birthmarks. That was October of 1994. Two weeks later I filed a DBA (doing business as) under the name of Hemangioma Hotline. This date, October 1994, is the birthday for VBF.

In June of 1995, I sent Christine’s pictures to Dr. Milton Waner. Remember, in 1995 there was no Internet. There was also no book on hemangiomas or other vascular birthmarks for parents, there was no international foundation and very few physicians who knew how to diagnose and treat these lesions. Dr. Waner called me within one week of sending him Christine’s pictures. He told me, “I can have your daughter looking normal in a single two-hour out-patient procedure.” I knew that God had answered my prayers. Christine had her surgery the following month, when she was 18 months old. True to his word, two hours after the surgery began, Dr. Waner gave my daughter a normal lip. We didn’t even recognize her because we hadn’t seen her with a normal lip since she was six weeks old. Right then and there I knew Dr. Waner was the one I was going to write the book with.

In September of 1995, one month after Christine’s surgery, I changed the name from Hemangioma Hotline and filed official 501c3 papers under the name of the Hemangioma and Vascular Birthmarks Foundation (I knew that we would be taking care of other lesions, not just hemangiomas). The name was revised to the current Vascular Birthmarks Foundation. In 1996, Dr. Waner and I began to work on our book entitled: “Birthmarks, A Guide to Hemangiomas and Vascular Malformations.” The book was published in 1997 and remains the first book book for parents on this subject.

In 1996, together with Dr. Martin Mihm, our Scientific and Research Director, we founded the Vascular Anomalies Clinic at Albany Medical Center. We would go on to assist in establishing another clinic in Boston at the Mass. General Hospital, one in Buffalo, NY; Charleston, SC and several others outside of the United States.

Christine is perfect today. You can see from her pictures that there is little sign that there ever was a tumor the size of a golf-ball on her lower lip. VBF has networked thousands of children and adults into medical treatment. In 2001 I authored a chapter in a medical textbook on the subject of vascular birthmarks of the head and neck (through a grant that we received from the Ronald McDonald Charities of the Greater Albany, NY area, we were able to donate 500 copies of this medical textbook to 130 medical schools in the United States and Canada), and in March of 2000, I was the only layperson to present, as faculty, at the American Academy of Dermatology Conference. In 2008 I earned my PhD in Education. My dissertation focused on identifying the acute stress parents face when having a baby with a facial birthmark. Today, I am considered the lay expert in the world on these lesions. An honor earned from a promise that I made to God. A promise that I still keep because there are still 40,000 children born each year with a vascular lesions that requires the opinion of a medical specialist. My latest miracle is the breakthrough I was able to achieve with the American Academy of Pediatrics. After meeting with the President of the AAP in 2012, my Babies With Birthmarks Guidelines have been adopted. These guidelines will require every primary care doctor to refer an infant with a birthmark to the proper specialist. In 2011 I also established the VBF iTEAM. I have assembled a team of vascular anomalies experts that travel to various countries to train physicians in those countries on how to diagnose and treat these lesions. In 2012 our first iTEAM trip was to Moscow, Russia. Over 125 children were treated for free during that trip and in it’s first year of existence, over 400 additional have been treated.

I am also interested in and working on vascular tumor research with our team of top notch research experts. Finding the cause will inevitably lead to the cure and we are very close to discovering the cause. I believe, as does our research team, that this generation will see a cure.

VBF has grown to be the leading not-for-profit in the world for providing informational resources to families affected by vascular birthmarks. We have a wonderful Board of Directors and Medical Advisors made up of people who have had a personal experience with a vascular birthmark and doctors who have a passion to help them. VBF would not be where it is without these people. VBF sponsors a medical conference every year that focuses on educating physicians and families about the latest information in diagnosing and managing vascular lesions. We also hold an informal clinic at these conferences where every patient is seen by a team of national experts in the field of vascular lesions.

I made a deal with God in 1995. He kept His part by providing Dr. Waner to remove Christine’s hemangioma. To this day, I am keeping my part by providing informational resources to families affected by vascular lesions.

Remember the beginning of my story, where I told you about my first miracle, the birth of my daughter Christine? There was a second miracle, a second birth—the birth of The Vascular Birthmarks Foundation. And, I am proud to say that I am the mother of both. May God bless you and your family. I pray that VBF will make a positive difference in your life, as it has in mine.

My “Vision” for the future of VBF is that we will have a multi-disciplinary treatment center in every state in the country and every country outside of the United States. I also want to see the day when all physicians graduating from medical school will have the knowledge to accurately diagnose and treat vascular lesions. Lastly, I pray to see the day when research will point to the cause and eventually the cure for all vascular lesions. 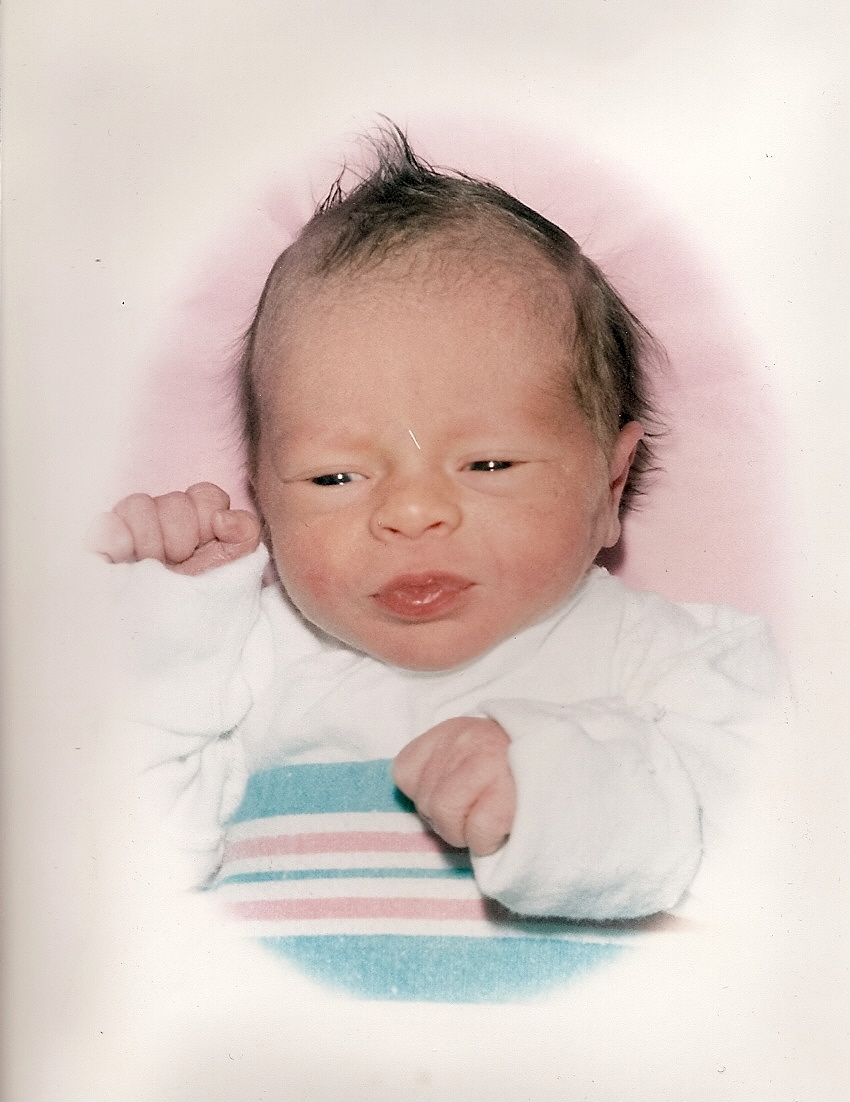 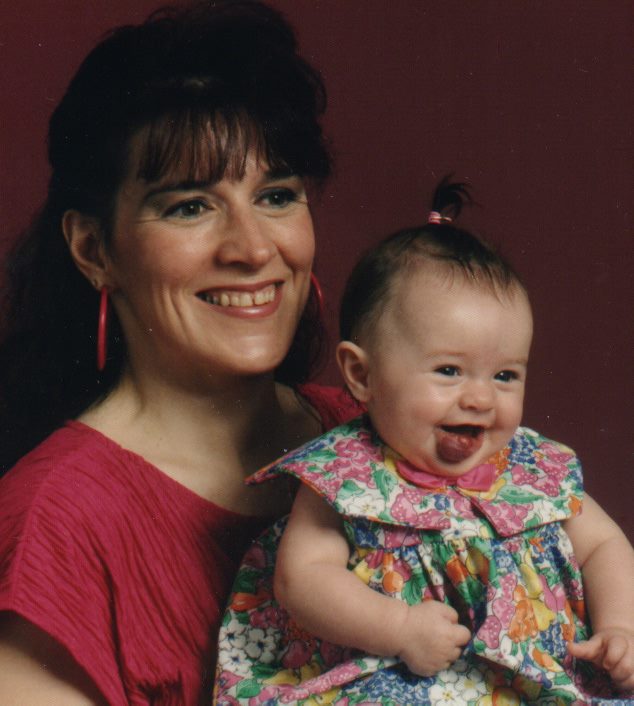 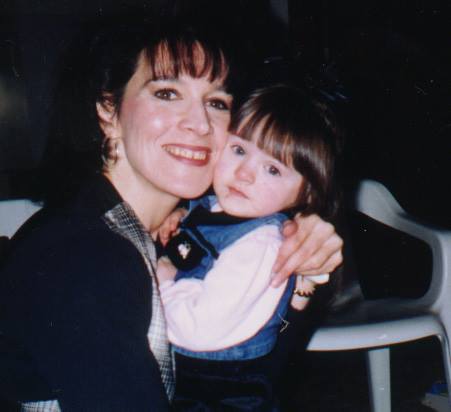 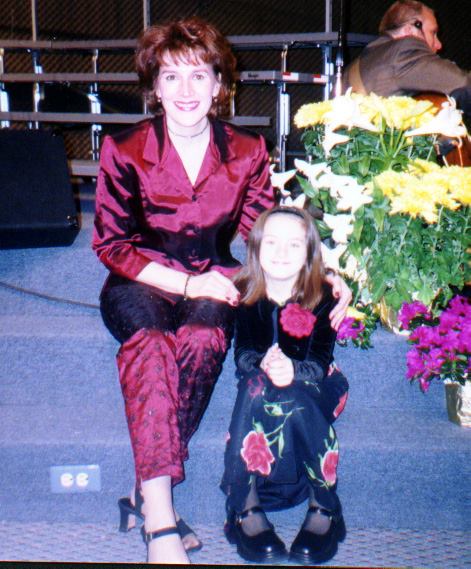 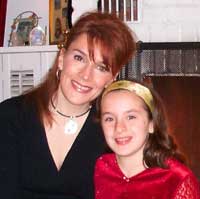 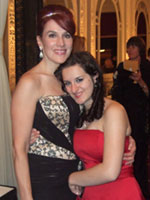 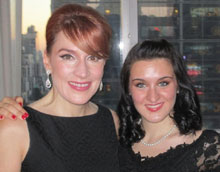 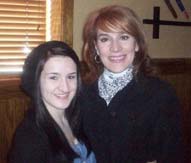 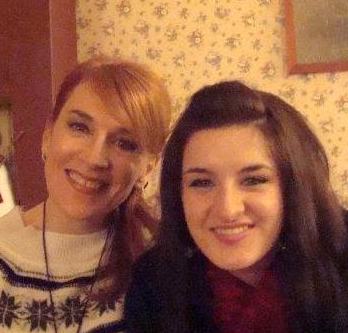 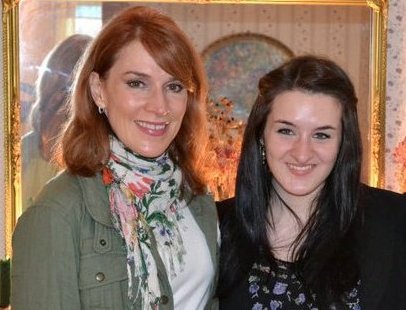 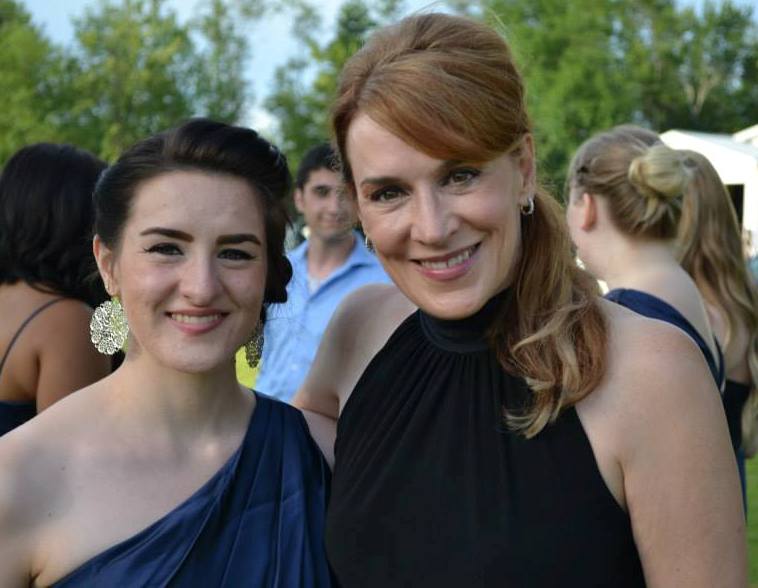 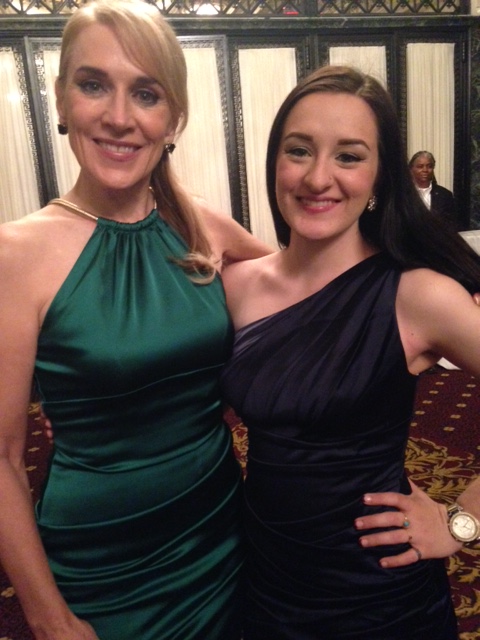 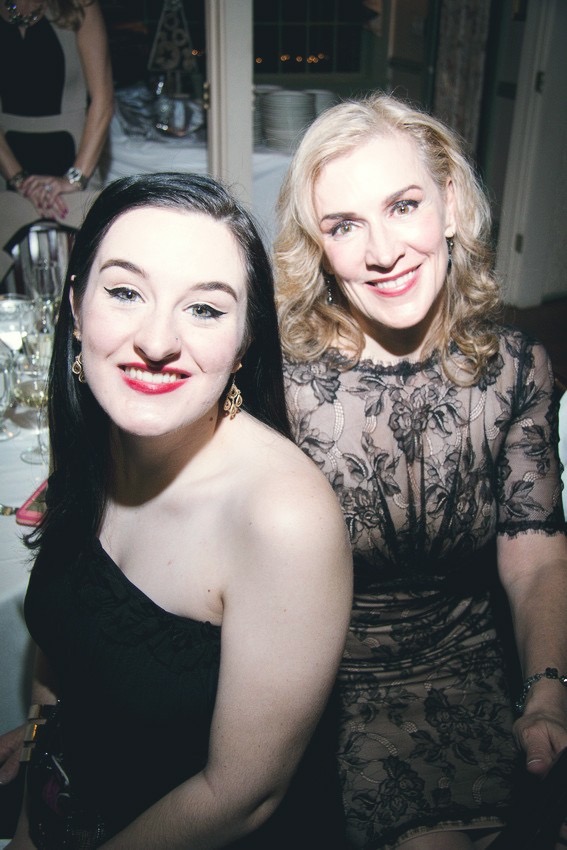 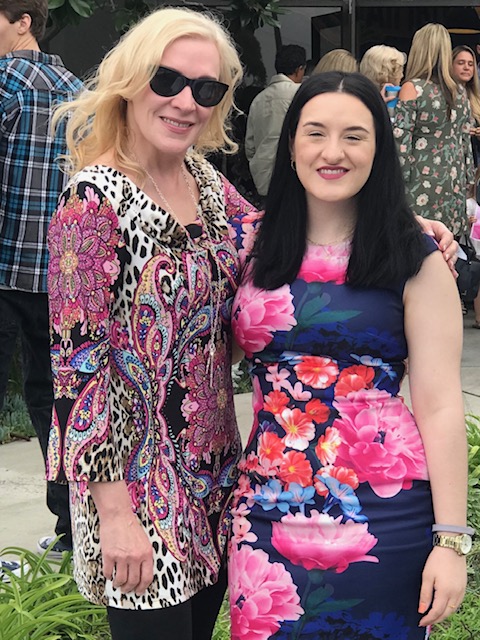 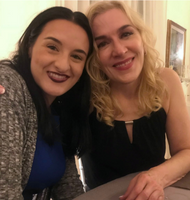 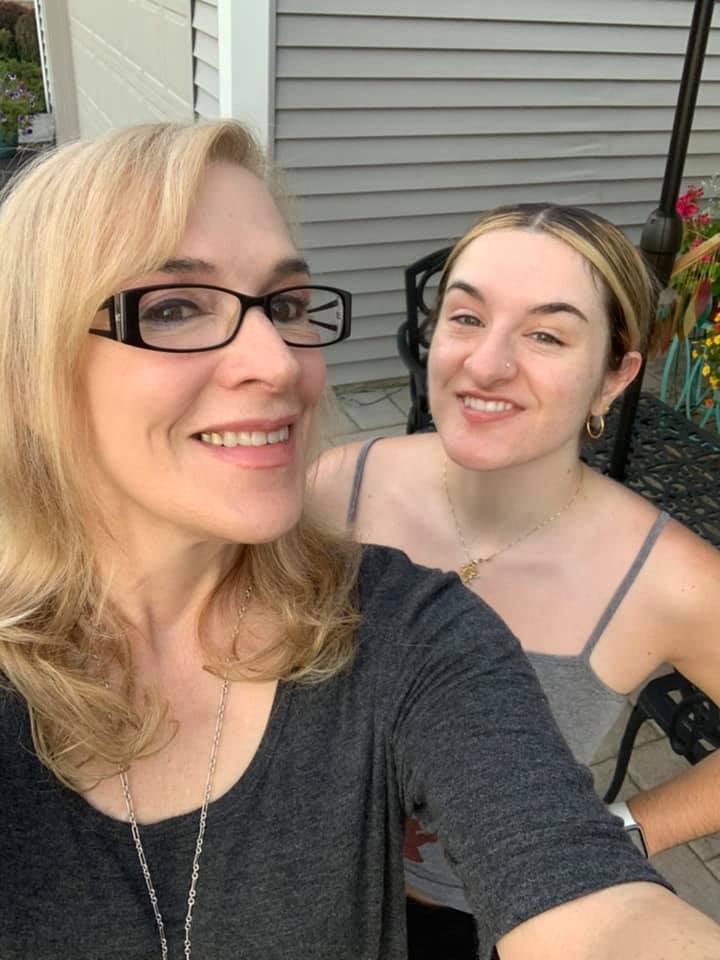 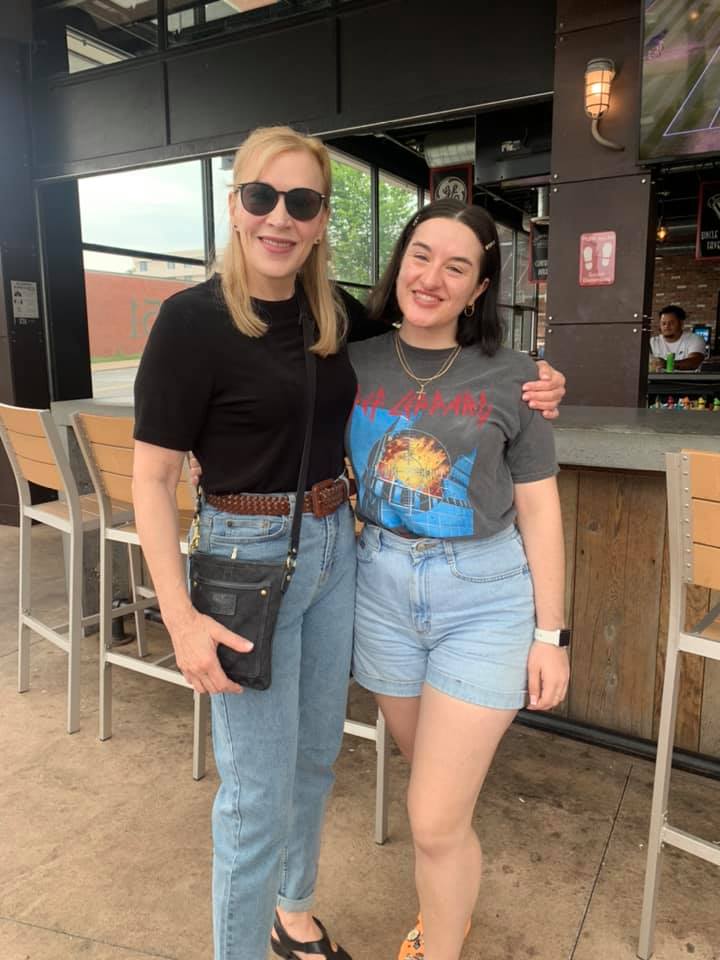