VBF Global Ambassadors are a global network of advocates who are working together with VBF to build awareness of vascular birthmarks and funnel support to every corner of the birthmarks community. In most cases, these are not medical professionals. However, many are either themselves an adult who has or had a vascular birthmark or who has a loved one with a vascular birthmark. In the directory below, you’ll learn more about their personal story.

Want to learn more about the VBF Global Ambassadors? For any questions or feedback, please please contact: 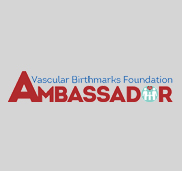 I was born with a rare vascular malformation called klippel trenaunay syndrome that affects my right leg and from 95 embolisation – 79 of these embolisations where done in the USA, my family had traveled there 18 times over 8 years, we lived there for two and traveled for the rest – these where testing time on my amazing mum, who had shear determination to get her daughter healthy.

Now from theses treatments I’ve ended up with muscles contractions, shortening of the leg and a fused ankle, nerve damage and lots more but horses have always been the one thing that has adapted to me as things changed, the one think that has kept me sane and at times drive me mad!

I’ve been riding since I was 2 and over the time of travel it took a back seat to health and treatments then as time progresses and a small bump couldn’t kill me, I rode more and more. I went through the pony club levels to K certificate and was also apart of RDA at later times as an independent rider, this led time to Para Dressage. I became a grade 5 Para rider in 2012 and have been come up the level a ever since and well I’m not your typicle Para Equestrian I’ve ridden in all types of competitions including: dressage, showjumping, eventing, campdrfting, stockmans challenge and lots more.

It’s my dream to ride overseas for Australia and use my competition to promote and raise awareness of KTS and AVM and show others that no matter what you are given you can keep going and make the most of it.

Riding is a freedom, that can not be explained – the horse gives me the legs I lack 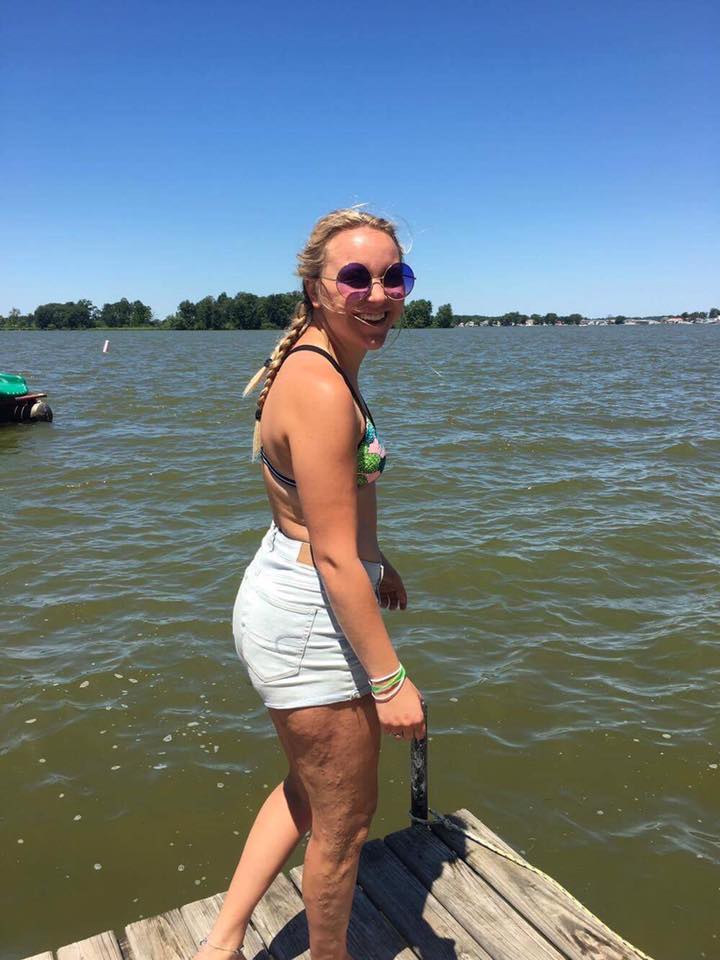 Hi! I was born with a Port Wine Stain birthmark covering 45% of my right leg from hip to toe. Luckily, my mother worked at a hospital and knew many doctors, so I was treated with amazing care since birth. I’ve had countless surgeries and treatments to help with pain, swelling, and appearance. Since being aware of VBF, I have begun educating myself about my legs and people who live with similar experiences. Raising awareness and acceptance is something I can’t wait to become a part of! 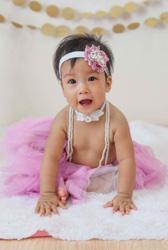 Our daughter Patricia suffered from severe Laryngomalacia and Subglottic Hemangioma which blocked her airway. We thought everything was ok, as it was not until 2 weeks after being born that she had difficulty breathing, and had to undergo Tracheostomy. We could not find any hemangioma experts in my country, and almost lost hope until my wife came across the Vascular Birthmarks Foundation. Dr. Linda Rozell-Shannon and Dr. Gregory Levitin helped us get more information about Patricia’s condition and proper treatment. Now she is almost three years old, energetic and healthy – which wouldn’t be possible without the Vascular Birthmarks Foundation. 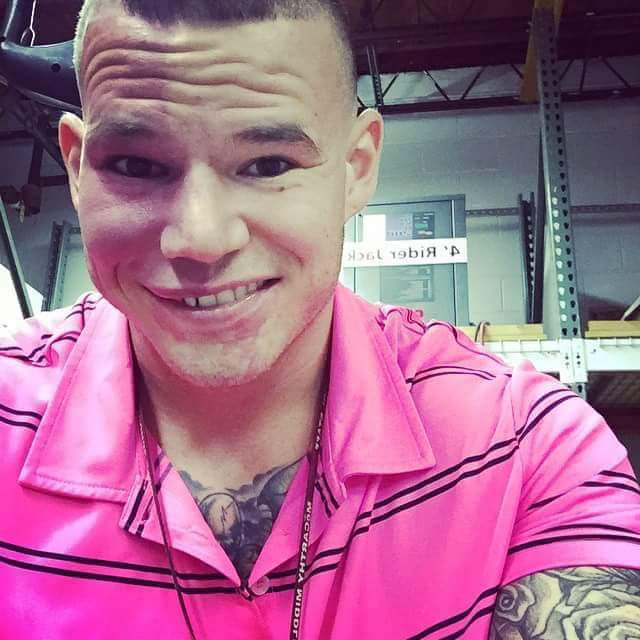 Hello VBF! My name is Patrick Rose. I am 26 years old with a port-wine stain birthmark and SWS. My port wine stain has required 27 laser surgeries, the last one being when I was 12 years old. I was also born with glaucoma and SWS leaving me legally blind in both eyes. I joined this group through recommendation from a friend of mine who some of you may know, Scott Cupples. As a child I was bullied and very self-conscious of my birthmark. At the age of 15 I discovered a passion for fitness and haven’t looked back since. Fitness is what helped me gain the self-confidence to embrace my birthmark. To stand out, to look different from others is a gift. It makes us unique. There are still times where I get self-conscious but I’ve grown to realize, that WE are our own worst critics. Everyone has things that they don’t like about themselves. I am also a bodybuilder, personal trainer and fitness enthusiast in my free time. I encourage all of you to find your passion and embrace it! 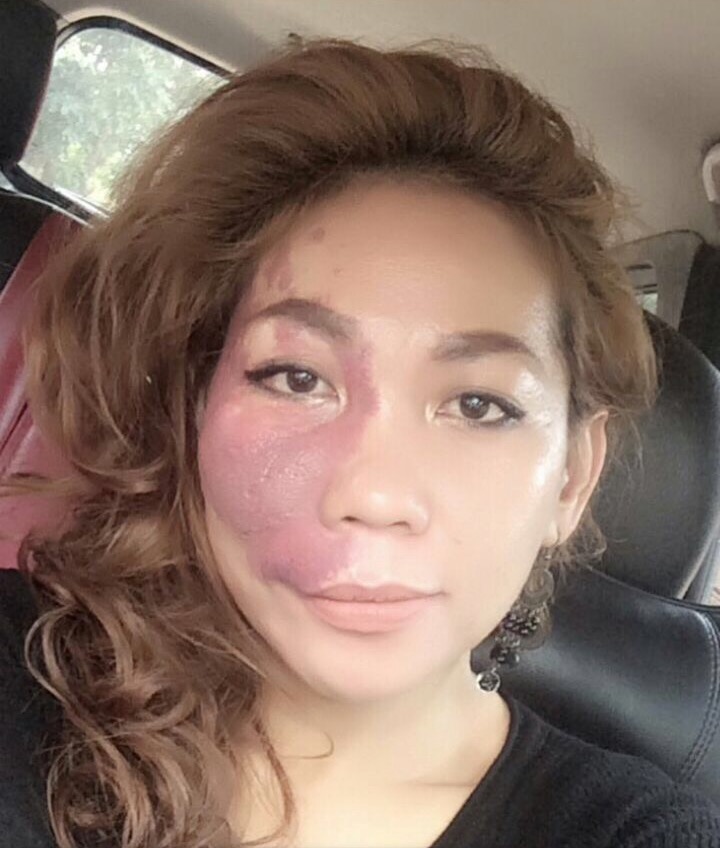 I am Rafaela, 36 years old, and was born with port wine stain. I’ve never been treated before because, and I am proud of my birthmark. Even though I was bullied as a child, I never had low self-esteem. I have a wonderful family which always support me. Now I am yoga instructor and they call me “the beautifully marked yoga instructor”. I am here to provide support and awareness to others who have the same beautiful mark, especially in Singapore and southeast Asia. Thank you VBF, I’m proud be a Global Ambassador! 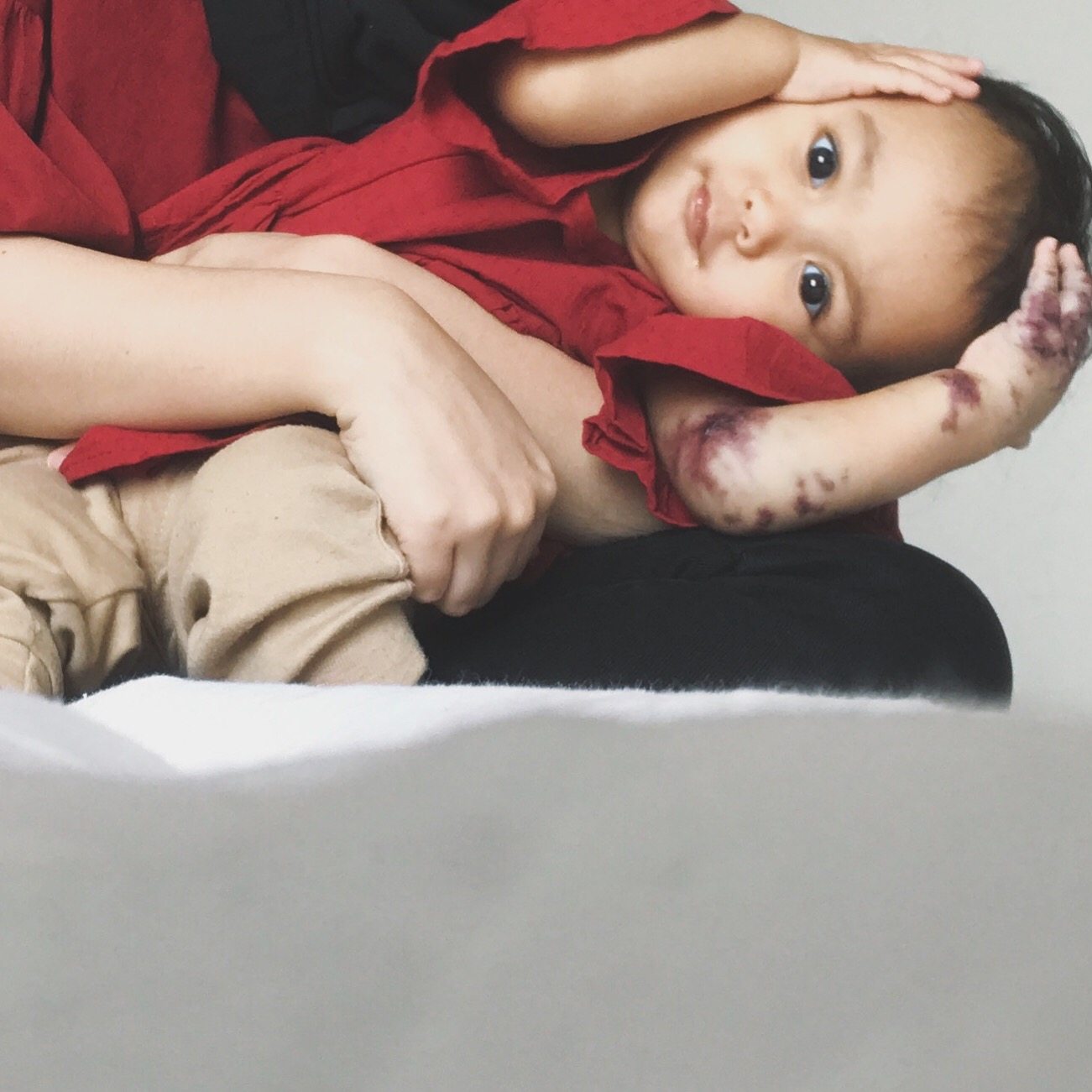 Hi, my name is Ratih, a mother of a daughter who has congenital vascular anomaly. Her name is Ruby. I know someday she’ll be the brightest and strongest! 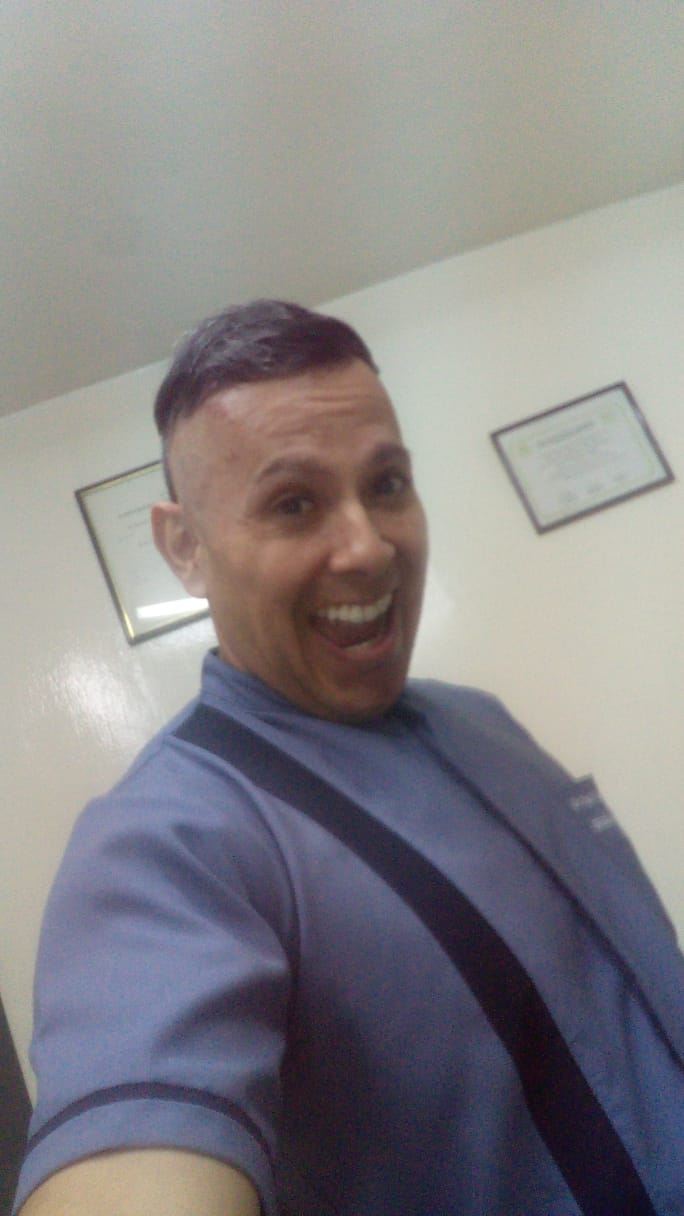 My name is Raul Rios Centeno and I was born with a PWS. I earned my DDS degree in 1999, and got my MD degree as Oral and Maxillofacial Surgeon in 2007. Inspired by the VBF I started a blog in 2004, with the purpose of giving some fresh information for patients in South America. In 2010, I started my own laser center for treating patients in Lima, Peru. The task still continues and we are making all the efforts for getting a Vbeam Prima laser for treating more vascular malformations. 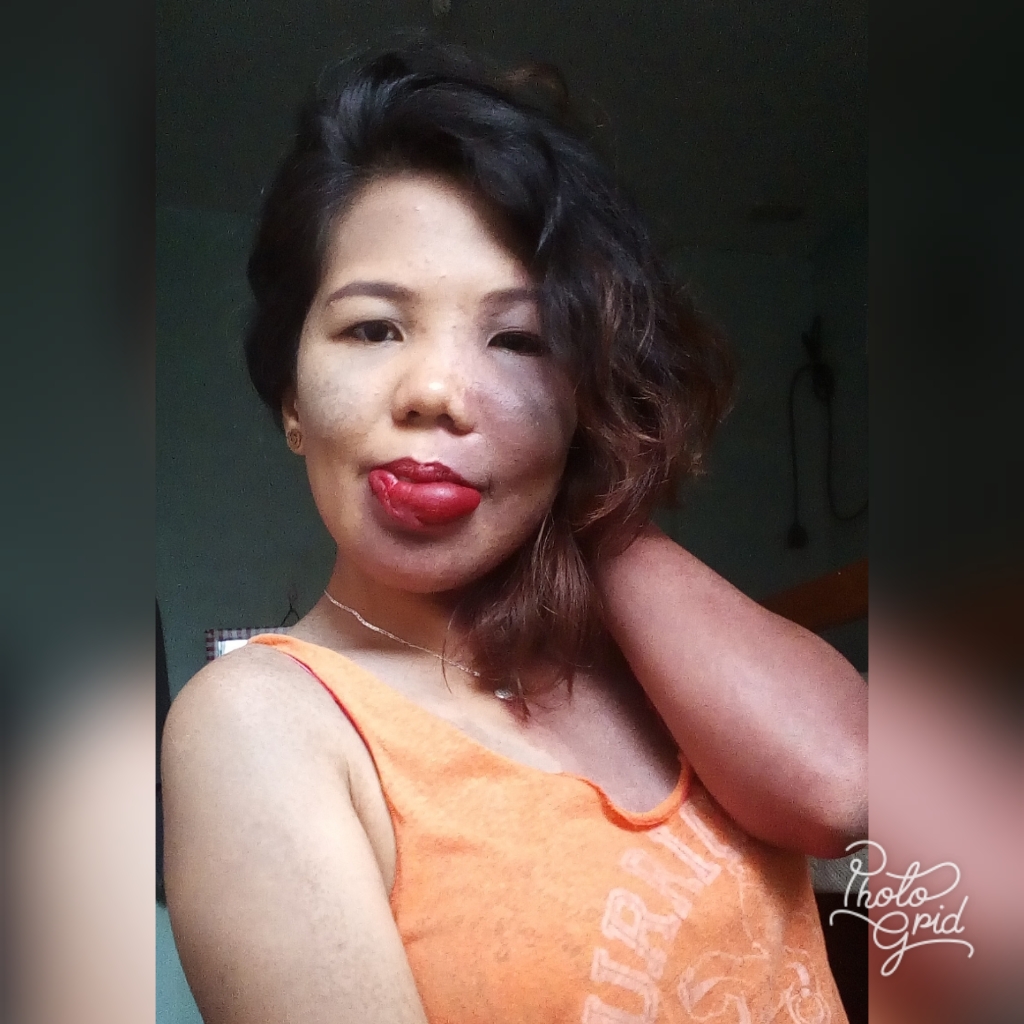 Hi my name is Razle, I have PWS covering almost all of the left side of my body. Ever since I found a group that deals with birthmarks, I have become more eager to learn about it and much more interested into how many others who have birthmarks handle theirs, as well as what treatment their doctors use. I have never been treated once my entire life. However, I learn to appreciate mine, and am considering not to undergo any kind of treatment at all. Nevertheless, I used my situation to teach kids to become more respectful, as I am a teacher. I know what it is like to be stared at with critical eyes, and I just want to help make a difference. 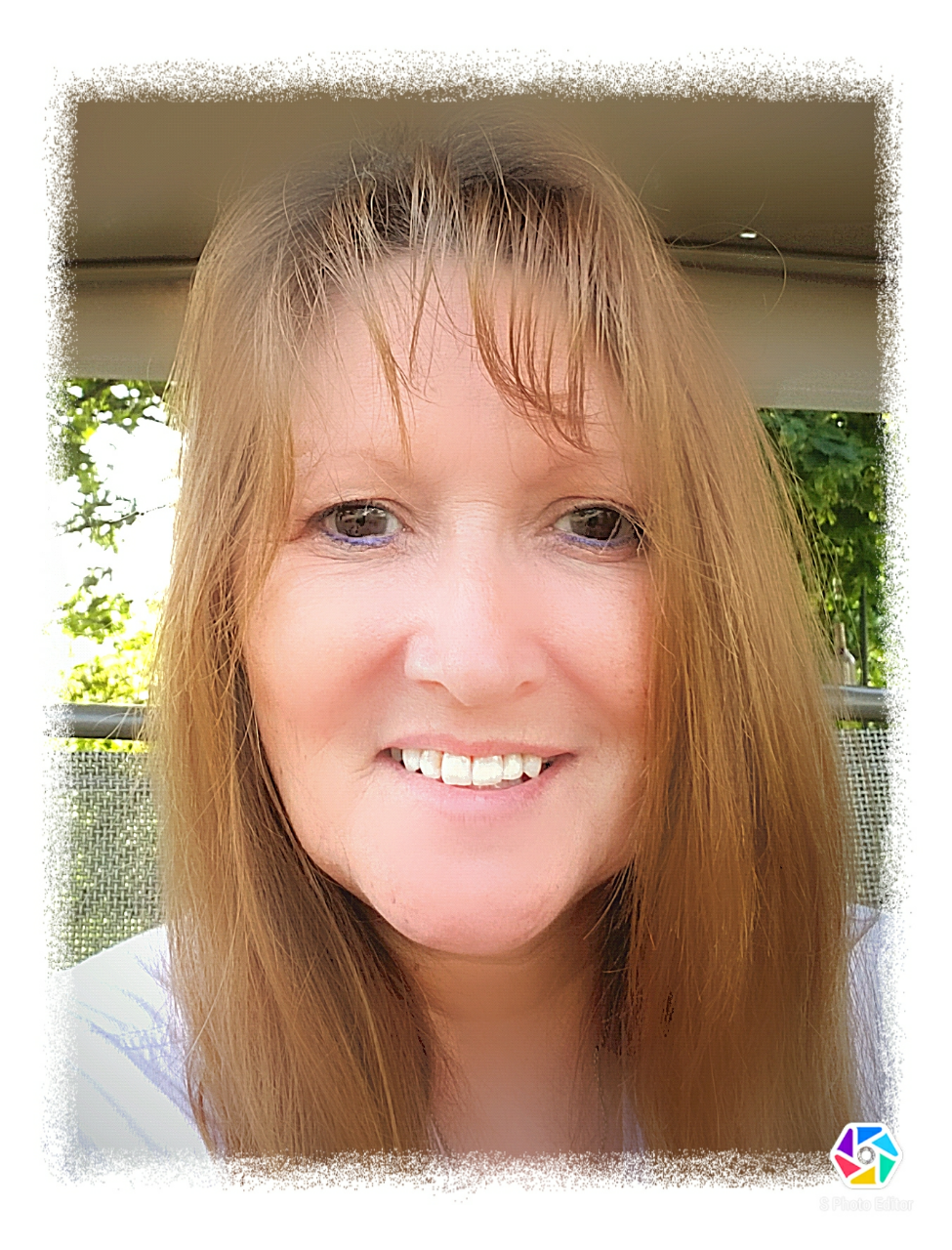 My granddaughter (who calls me Mom) was diagnosed with KTS at birth. This was changed to CMTC (Cutis Marmorata Telangiectatica Congenita) at 18 months. She later had Proteus added to the list of her conditions and was diagnosed most recently at the age of 11 with CLOVES. When she was born I returned to school to earn my nursing degree and am currently her private-duty nurse. As a registered nurse, I’ve had the opportunity to assist parents/patients with the understanding and interpretation of medical terminology regarding their individual case. As the president of the Global CMTC-OVM US Organization, I have shared in the connection of bringing patients and their families together with experienced physicians in their search for answers. We believe, “We’re all a little rare; but, when we fall into mutual rareness…We Call It A Family! 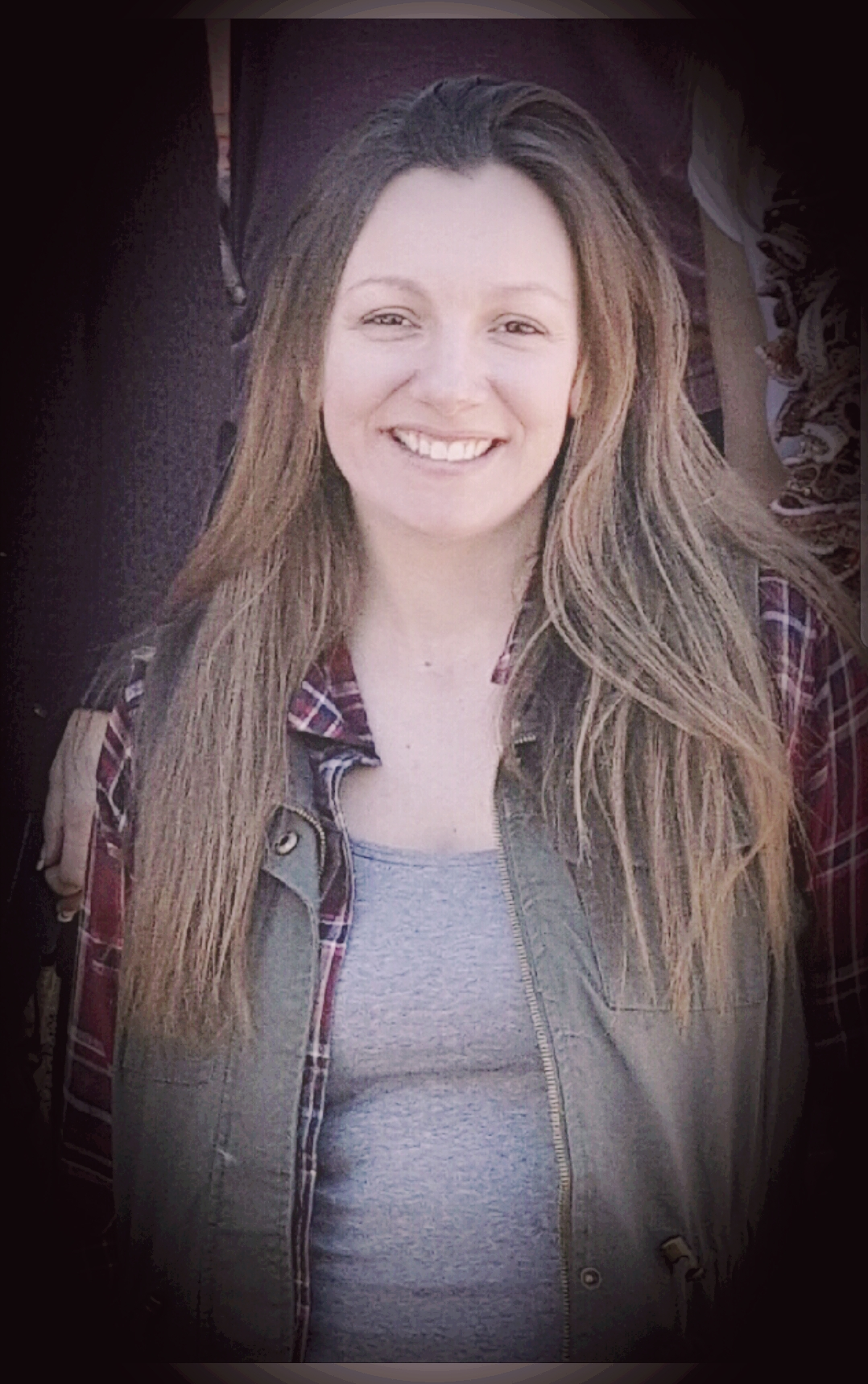 In 2018, my child was diagnosed with an inter-muscular venous malformation. Initially, our family was not able to find proper treatment, or doctors with extensive knowledge. Thankfully, we came across VBF on social media.

The Vascular Birthmarks Foundation has been pivotal and life changing in the treatment and eradication of our daughters recently diagnosed medical condition. My goal as a parent is to help spread the word to other parents and patients, as well as those around me to help bring awareness and education.

Our family loves being part of the VBF community!